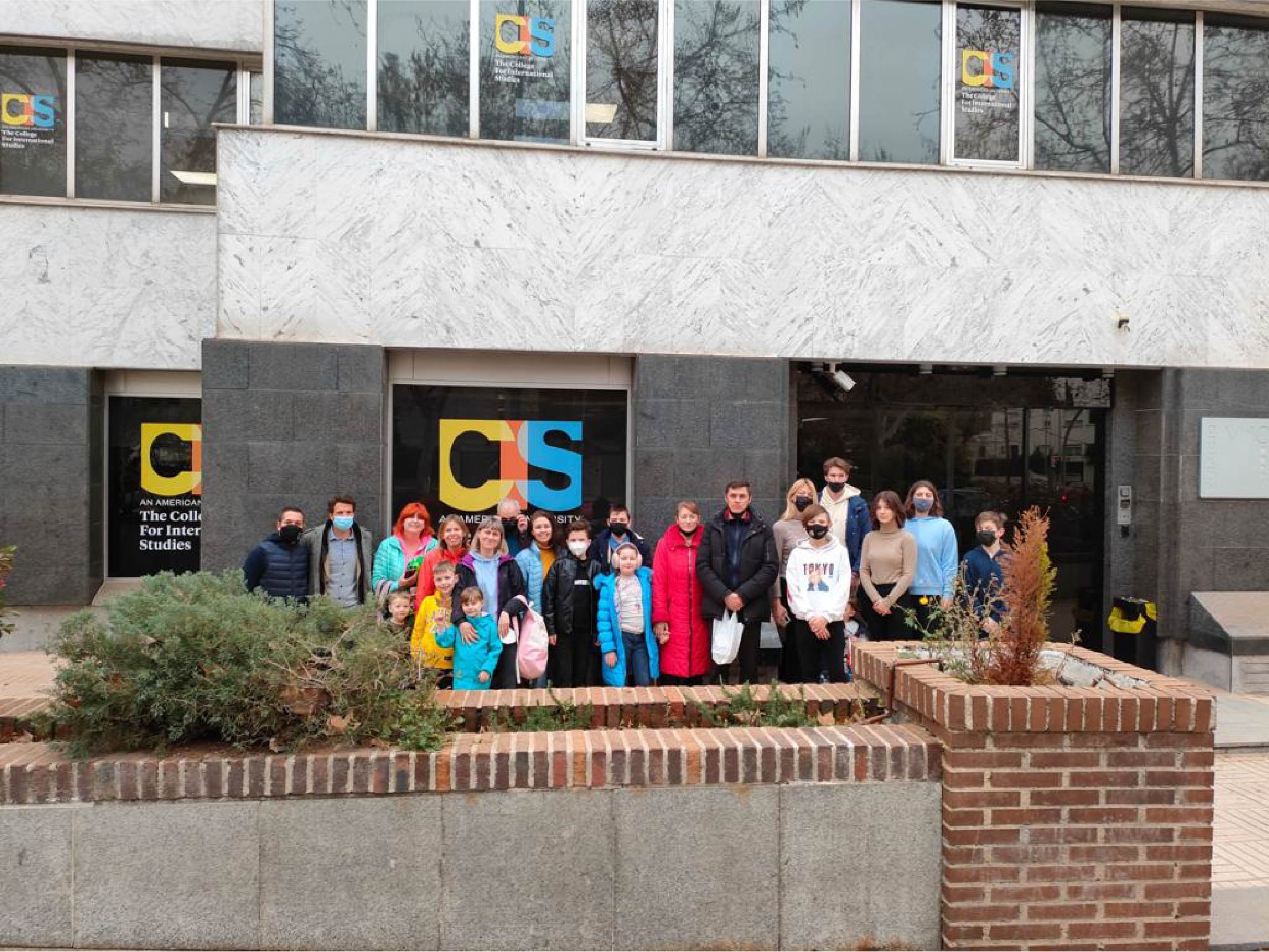 We did it! It has been one of the most important challenges of our lives – to return the smile to the face of five families that escaped from the terror of Ukraine and to teach them again that life is still life even if they are far from what they had or remember.

Our trip begins on Thursday, March 10, when the NGO Crusade for Children, CIS University, and the SEPLA association, went to Krakow (Poland) to meet the Ponomarenko, Morozov, Dunaievska, Bocharnikov and Horovioska families. The journey was long – 2,835.5 km of road separated us from our common goal: to do our small part in this tragedy that is claiming so many lives.

At first it seemed crazy, later, when you put a face and a voice to the real victims of this conflict, you understand everything. Upon our arrival in Madrid, we had many loose ends to tie up: accommodation, food, language problems, health, schooling, job searches… in short, adaptation.

Little by little things make sense and, with the help and work of a few, in the end a lot is achieved. In record time, the unimaginable has been achieved; already said, the impossible just takes a little longer.

Upon their arrival, on March 14, the NGO Crusade for Children and CIS University waited for them in what would be their temporary accommodation, the Togumar Hotel where, with the help and kindness of its employees, they had all their needs met. 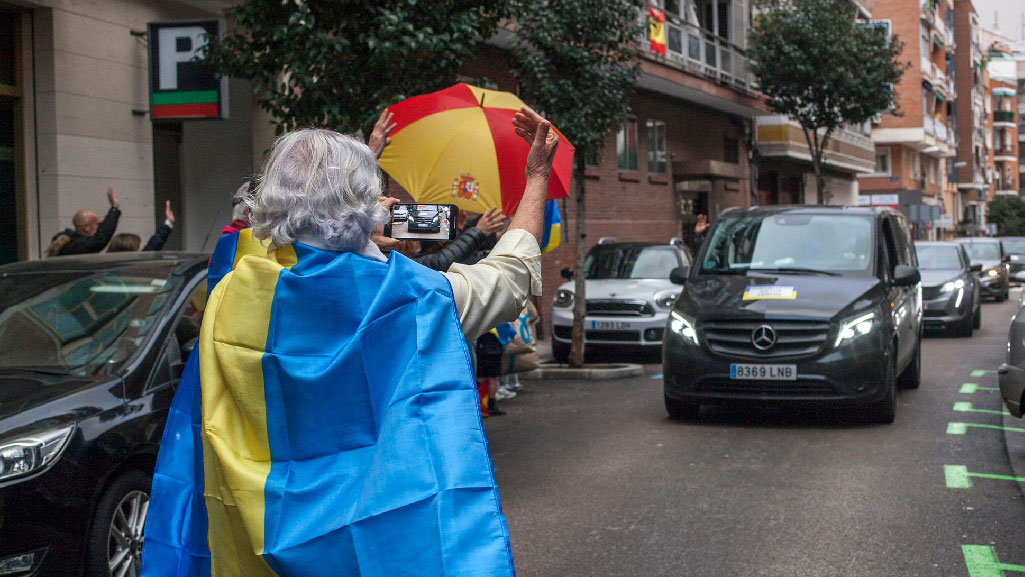 The next few days were a puzzle; an orientation for families was held at CIS University. In this way, everyone was informed of the next steps: future schooling for the children, employment for the adults, processing of the necessary paperwork.

Later, when it seemed that there was no light at the end of the tunnel, we saw it. We had to have achieved something if the children were already playing in a park; they had become children again.

Avalon Properties opened the doors of their wonderful homes to us so that these families could finally have a home again, and with the help of The Open House, thanks to Rosa M. Carvajal, the dream came true. The families were already housed, each one of them in an equipped, independent and central apartment in Madrid.

Meanwhile, the NGO Crusade for Children and CIS University are in charge of processing the children’s schooling. With the help of the MM Mercedarias de Don Juan de Alarcón School it was achieved in record time, creating a personalized and adapted study plan, called “Aula de Enlace,” to alleviate all possible barriers due to the difference in language.

The children are delighted, and the school amazes them; in fact, one of the girls thinks she’s at Hogwarts and calls herself Hermione Granger. 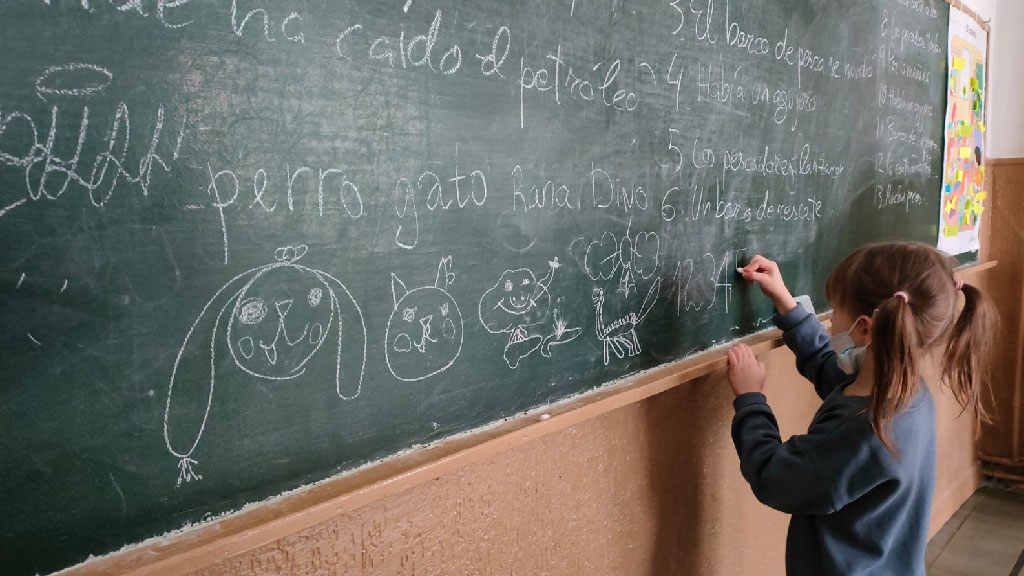 CIS University, to facilitate everyone’s integration into the Spanish language and culture, has launched daily Spanish classes for all families.

Nor have we forgotten the smallest; a one and a half year old baby who, with the help of Casilda Herrero Solís, an alumni of CIS University, and her partner, Carolina Alonso Aragón, will be able to attend her day care center, Cuchitos.

At the same time, food collections and donations have been organized through NGO Crusade for Children and CIS University and, once again, we have been surprised by the generosity of humanity. The Scouts of Madrid (Scouts Santo Domingo Group), just two days after publishing the campaign, showed up at CIS University with a monumental shipment of food and items that they had picked up at a shopping center over the weekend. 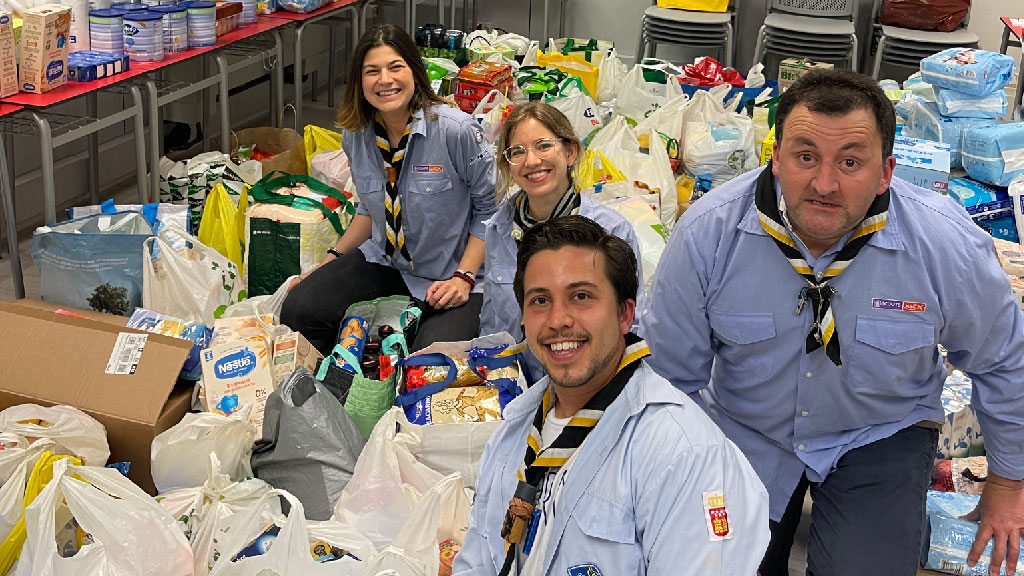 Little by little, the main reason why it all started, is being fulfilled. However, it would not have been possible without the help of everyone: the SEPLA association, for starting this enriching adventure; the NGO Crusade for Children and CIS University, for making what was just a thought come true; the institutions and companies that have collaborated hand in hand with us; the students, alumni and families of CIS who, as always, have become one, and lastly, but one of the most important ingredients of this recipe for solidarity, the staff of the NGO and CIS, since they have been the core authors of this.

It is only the beginning of something great, ensuring that Ukrainian families, who have had to abandon their land, origin and culture, find their place in this new world, in which we have waited for them and will always accompany them with open arms.

The values ​​instilled by our President, once again, have started the gear of solidarity in all of us.