What to do in Madrid during your university stay 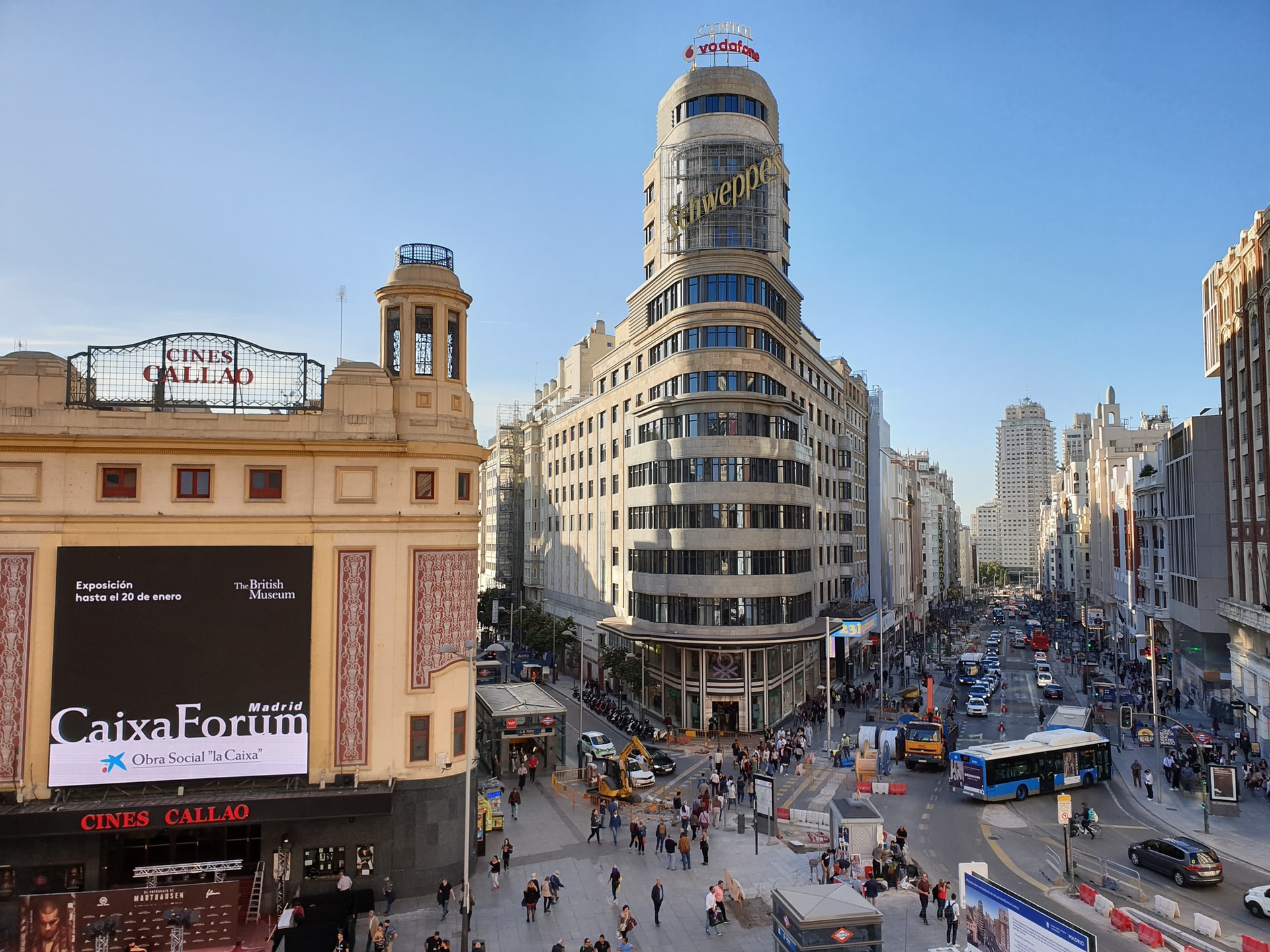 What to do in Madrid during your university stay

Starting a university career may be a challenge for any student.

If you are looking for extracurricular activities for university students in Madrid, we come up with some ideas of what to see and what to do in this European capital. Keep on reading!

What to see in Madrid

The Spanish capital is a pleasure to explore. From historical gems and world-class art, to an incredible food scene and picturesque parks, Madrid has everything.

Madrid’s main square holds centuries of history in its cobbles, and has been the scene of everything from coronations to bullfights. 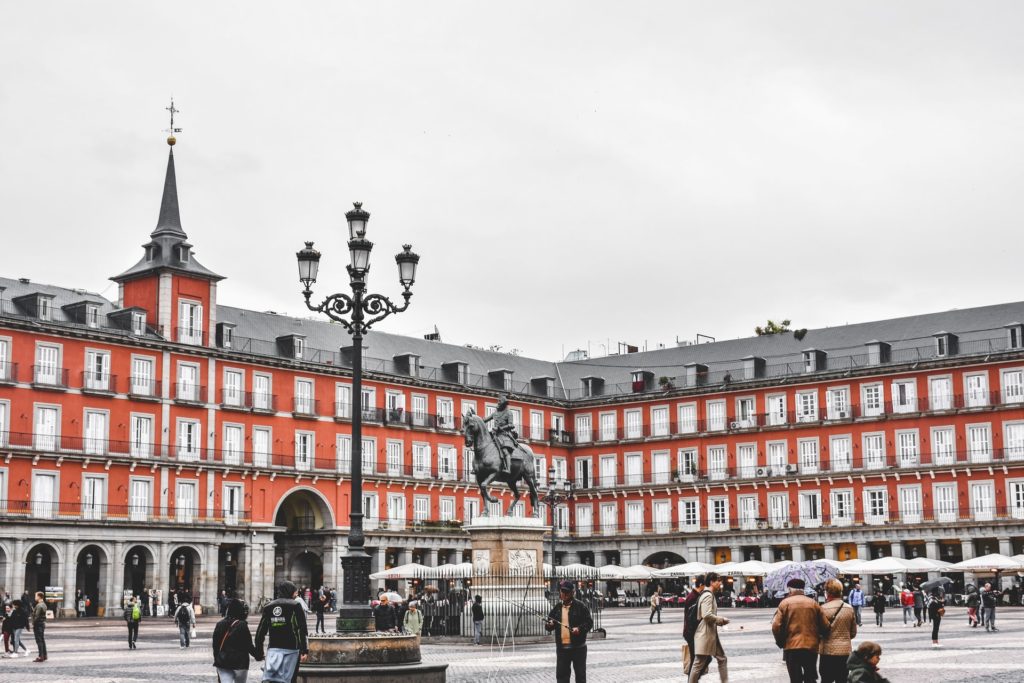 The official residence of Spain’s royal family is used for official ceremonies only, but you can visit the palace and check out centuries worth of paintings, furniture and armor.

The most celebrated museum in Madrid (and one of the most visited in Europe) the Prado is a must-see attraction. Is a primer on Spanish and European art, with an enormous collection of paintings and sculptures from Spain’s biggest names, including Diego Velazquez, El Greco and Francisco Goya. Arrive early to beat the crowds, which are at their peak during the last two hours of the day (when admission is free).

Madrid’s most beautiful park is the ideal place to spend a lazy afternoon enjoying a picnic and messing about in a rowing boat on the lake.

Madrid’s very own Egyptian temple was bestowed on the country by Egypt and moved, piece by piece, in the early 1970s. It is one of the best places to watch the sunset in Madrid.

Madrid’s cathedral was consecrated by Pope John Paul on its opening in 1993. Its Baroque exterior matches the older Royal Palace next door and is where King Felipe and Queen Letizia married.

This is Madrid’s most famous street. Head to the top of the Corte Inglés Gourmet Experience for a great view of the street’s famous Schweppes sign.

All roads in Spain lead to the Puerta del Sol, known as kilometer zero and the very center of the country. It is also home to the famous statue of the bear and the strawberry tree, the official symbol of Madrid.

Madrid is home to a collection of the world’s best art galleries and the three most famous are located close to each other in a triangle. The Prado (classical paintings), The Reina Sofia (modern art) and the Thyssen-Bornemisza (a little bit of everything) are full of artistic riches well worth exploring.

This grand building was the headquarters of Madrid’s post office until 2011. Today it is the home of Madrid City Council and a visitor attraction because of the incredible views from its observation deck.

Barrio de Las Letras (Literary Quarter) is one of Madrid’s most beautiful and coolest neighborhoods. It was the home of Spanish literary giant and Don Quixote author, Miguel de Cervantes and is full of eccentric bars and restaurants. Make sure to look down once in a while because the streets are peppered with famous literary quotes.

This former Matadero (slaughterhouse), situated along the River Manzanares, was converted into an arts center in the early 2000s. It has its own cinema and exhibition spaces and holds regular performances and food markets.

Bullfighting is an undeniable part of Spanish culture, and Las Ventas, in the Salamanca district, is an iconic landmark known for its Moorish design and ceramic tiles. Today, in spring and fall, the venue remains an important arena for bullfights.

Bear in mind that good seats in the shade aren’t cheap and that many travelers won’t have the stomach to watch the bullfights (or may simply not want to engage with the practice). If you’re interested in seeing the arena, though, you can still tour it without seeing the main spectacle.

This square is in the heart of the trendy neighborhood of Malasaña and is surrounded by a host of excellent bars, restaurants and shops: a great location for nightlife in Madrid.

Madrid Teleférico is a cable car service that connects both sides of Madrid, crossing the river and helping locals avoid rush-hour traffic on their morning and evening commutes. You’ll also see photo-snapping tourists and some families. On the other side of the river is Casa de Campo, an amusement park and zoo. It’s a great way to gain a new perspective of the city, especially its vast quantity of green spaces.

Madrid’s main train has a very unusual feature: its very own indoor rainforest, home to dozens of turtles. 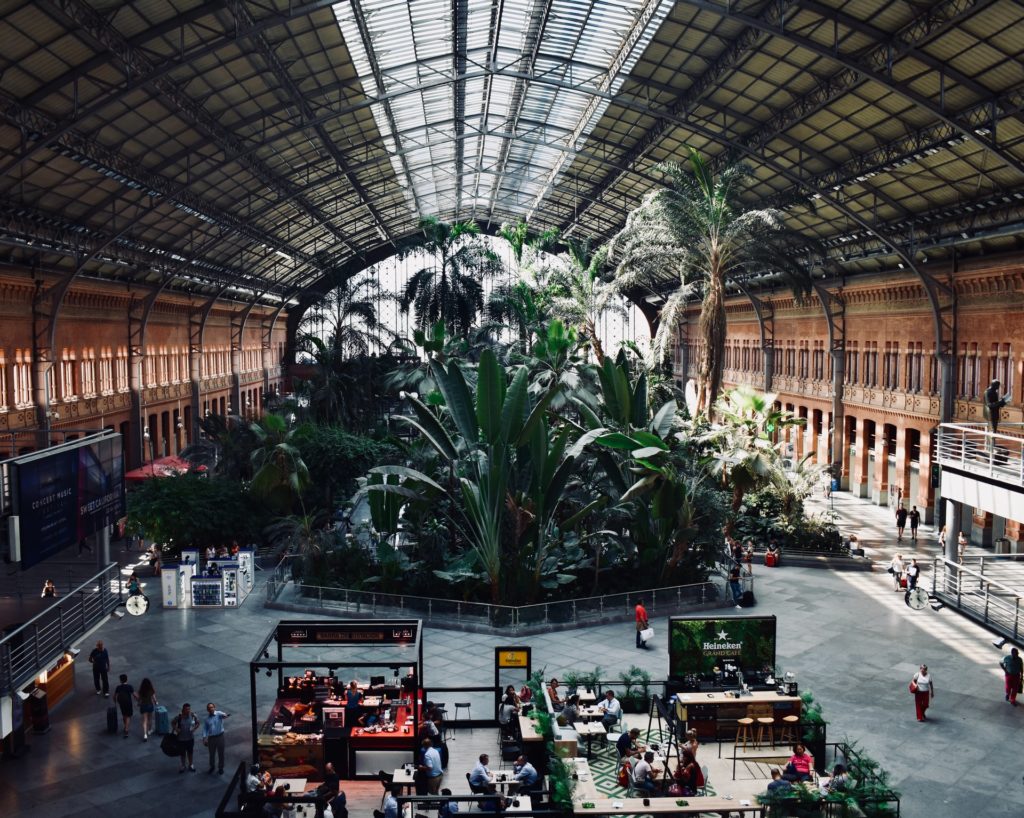 Madrid’s famous flea market is held every Sunday morning, when the streets come to life with stalls, bars open out onto the streets and locals and tourists alike enjoy the fiesta atmosphere around the area of Lavapiés.

Santiago Bernabéu Stadium is home of Real Madrid, the city’s beloved pro soccer team. The stadium is something of a temple for soccer fans (81,000 of them when the place is full) which explains the energy whenever the home team scores a goal.

Blink and you might miss Calle de Fuencarral, a narrow pedestrian street off Gran Via. Street performers entertain as shoppers pop in and out of stores – mostly international chains with a few local boutiques thrown in for good measure. You can’t get lost, although the side streets are also worth a peek. The road is almost entirely flat, no cobblestones here. Still, save those high heels for the fancier Calle Serrano.

The seemingly gravity defying KIO towers in Madrid’s Financial District lean at a 15-degree angle and were the first leaning skyscrapers in the world. Cool, isn´t it?

The best plans during your university stay in Madrid

So, you’re ready to explore, but you don’t have to break the bank account to see all of the incredible sights and experiences that Madrid has to offer. Here are some things you can do in Madrid:

Madrid is a top destination for students and foreign tourists alike. Cosmopolitan, beautiful, fun and friendly, there is something around every corner to discover, both day and night. Come explore this vibrant city on your own.

Madrid will welcome you with open arms and immerse you in its hospitality and warmth.

There is an endless number of things to do and see in Madrid, but these are just a few highlights that cover the main attractions.