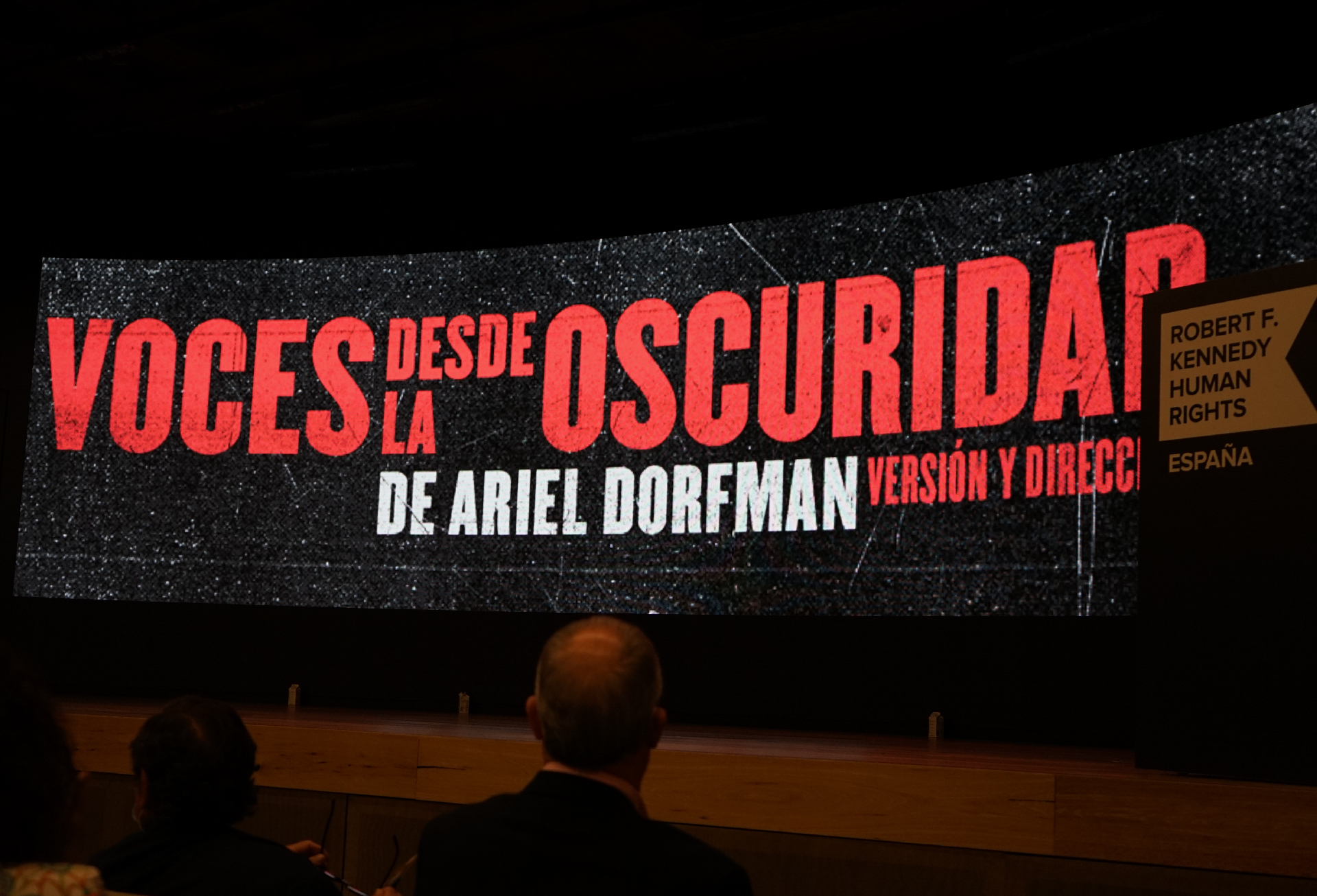 RFK Spain incorporated the voices of human rights defenders from Spain into their initiatives including Irene Villa, Padre Angel, and Jon Viar, jointly making a plea for harmony and against violence. Students from CIS University offered significant support.

During its first event in Spain, the Robert F. Kennedy Spain Foundation premiered the play “Voices from Beyond the Dark” from its existing Speak Truth to Power program, adapting the script to include testimonies of local defenders.

The individuals who have been chosen in Spain represent the recent history of our country: Irene Villa, as a victim of a terrorist attack and Jon Viar, director of the award-winning film “Traitors” at the Valladolid Film Festival, and son of a remorseful member of ETA.

The event took place at El Beatriz in Madrid. CIS University students participated as actors, and Father Angel, a conciliatory figure and a great example of dedication to society and founder of Mensajeros de la Paz (Messengers of Peace), also intervened.

CIS University is closely linked to the Robert F. Kennedy Spain Foundation, and RFK’s commitment to the defense of human rights are observable and ever present throughout the campus. 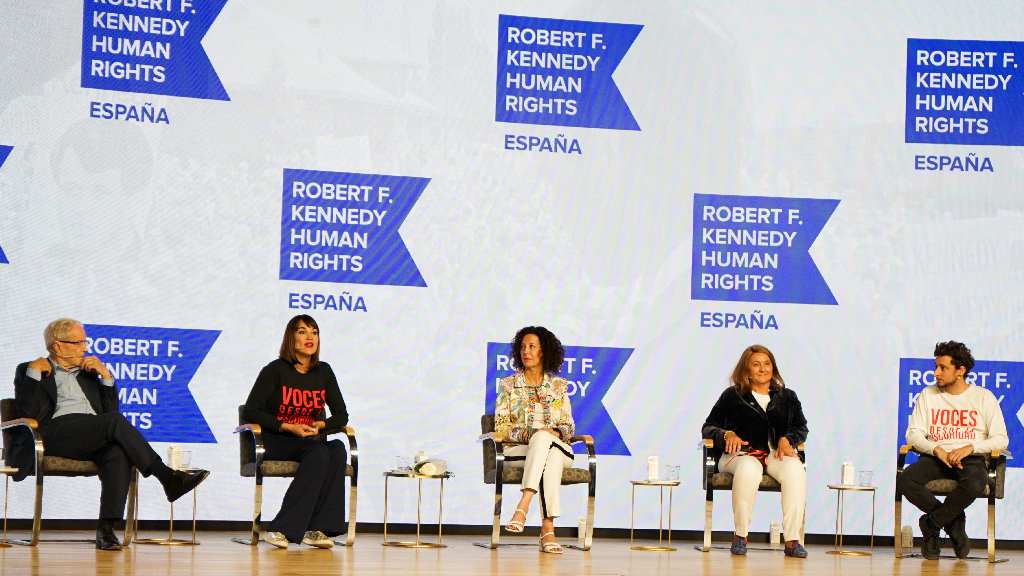 As Irene Villa said during that conversation, “When someone suddenly turns your life upside down anywhere in the world due to fanaticism, fear, neurosis, or whatever, here we stand using our voices to say you are not going to win, we forgive you. Those of us who continue to have humanity far outnumber those of us who do not.”

Father Angel affirmed “Not to defend human rights is to go against humankind itself. Kennedy used to say that he dreamed of things that never were and asked: why not? In that sense we are very much alike. I dream of a better world and I know that we can achieve it together.

María Díaz de la Cebosa emphasized the importance of an engaged citizenry in order to ensure change, thereby creating better prepared people for a better world. As a highpoint of the event, she posed a question to the audience: “If we don’t do this, who will?”  In taking cues from Antonio Garrigues, she stated that from now on we will also talk about human obligations in conjunction with human rights. “Let’s look for an individual as well as an institutional response.”

The event was widely covered by the most well-known media outlets in our country including written, digital, and television.