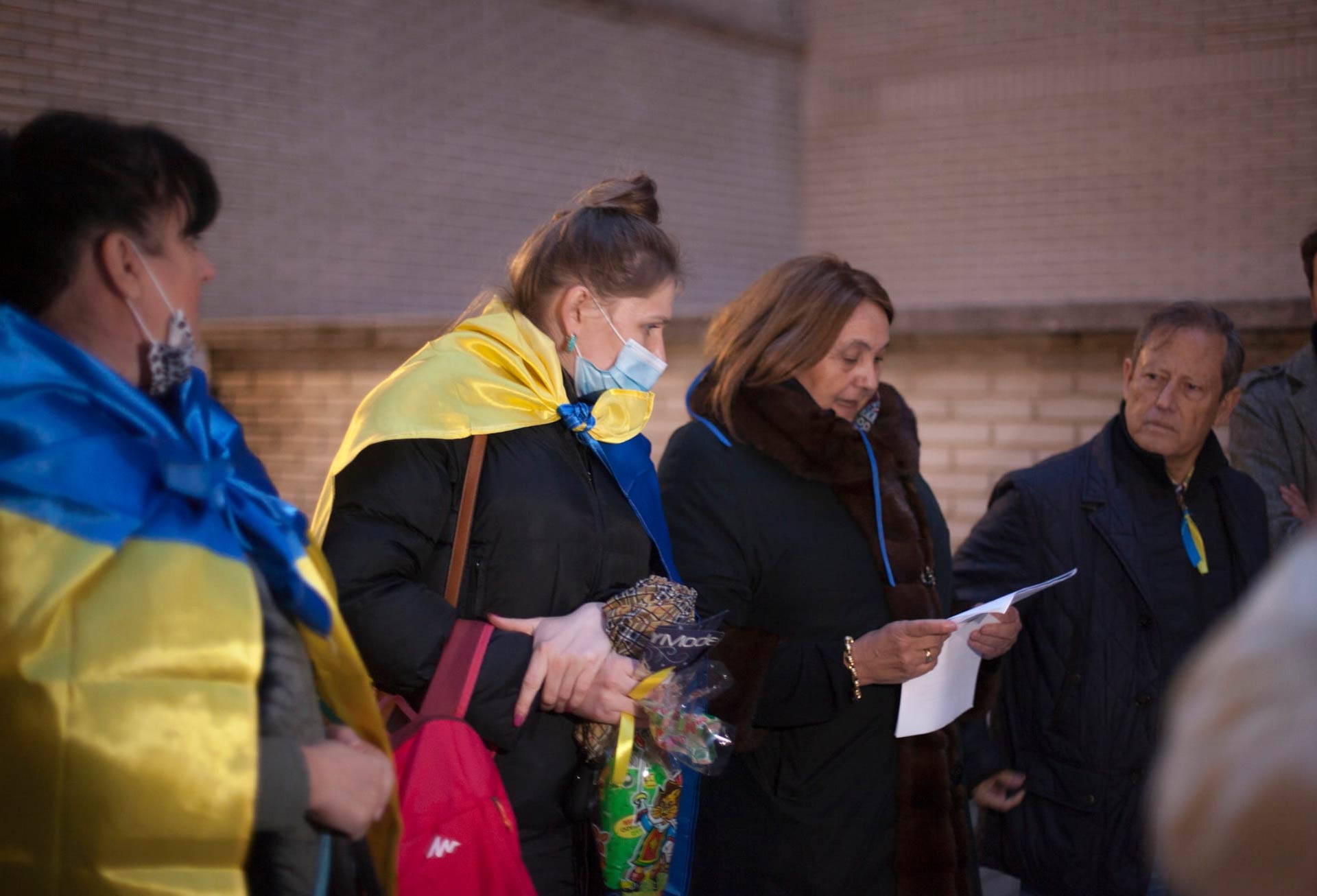 What was the reason that prompted the NGO to start this project?

Since its foundation in 1995, the NGO “Crusade for Children” has been serving children and families who need urgent attention in times of armed conflict, or with basic aid needs due to the situation facing their countries. It has done so in the war in the Balkans, in India, in Colombia, in Mozambique… and now in the face of the war in Ukraine.

In this case, the impulse arose after a meeting with the SEPLA pilots in which the possibility of collaborating to carry out the project was considered.

We have also had the support of the Spanish embassy in Warsaw, the Polish Interkulturalni Association, Joanna Furmann, the Ukrainian embassy in Spain, and other people who have given us tremendous help in the initial organization of it all.

What assessment would you make of the difficulties encountered, and how they have been resolved?

At the administrative level, we have been fortunate to receive full support from the embassy ​​along with all the necessary certifications to provide security to the refugees who needed to be transferred.

Upon arrival, we found ourselves with the logical concerns about the trip to our country, and the conditions that we would find here, but the fact of having relied on a Polish refugee support association with the same objectives, as well as with local collaborators, was important in reducing the uncertainty suffered by families.

What are you noticing about the adaptation of Ukrainian refugee families, to our city, and to our culture?

The families are very grateful to “Crusade for Children” and they feel better every day in Spain, but they have the bittersweet taste of being here and knowing in turn the tragedy that their families and friends are suffering in their country.

Our NGO managed to provide them with housing in independent apartments where they can preserve privacy with their families.

Obtaining these housing accomodations turned out to be an option that was difficult to achieve, but much more appropriate than integration into Spanish families, for a certain period of time. This has made their daily organization routines much easier.

The fact that all the children are enrolled in school from the first week upon arrival has also been a key element for them.

Has the University been involved? What response have you had from students and staff?

CIS University has been fully involved from the very beginning.

The students have developed different support projects both to raise funds and to help with the emotional support of people. There is a very high number of volunteers involved both among the staff and among the students of the university.

The needs, in any case, continue to be pressing, and in this sense we continue to need to combine all possible efforts.

Do you think that the support from the Administration is sufficient enough to resolve the problems of hosting twenty-one people in a city as complicated as our capital?

I believe that there has been a good response from the Administration.

Of course, we have faced multiple organizational problems, especially in the first days of our stay in the city, but they are gradually being resolved thanks to the efforts of all those involved.

How are the refugees dealing with communication with relatives they have been left behind in Ukraine? Do you know what they transmit to them about the situation in their country, and how do they experience that news?

The NGO “Crusade for children” has provided all families with the necessary SIM cards to be able to establish communication with Ukraine, and calls are made free of charge through Movistar.

The problem is that it is very difficult for all of them to accept the bad news that reaches them from their country. The situation is not improving, and they have left their mothers, fathers or children there, and some have had to join the Ukrainian army, in different jobs.

How is the adaptation of the children to the schools where they are being enrolled going?

The fact of having managed to send everyone to school from the first week of their arrival in Madrid, full-time, has been a key element for the children’s adaptation.

They have integrated very well, and the work of the Madres Mercedarias de D. Juan de Alarcón school has been exemplary. The children have been incorporated into adaptation classes, and we have been lucky that there was already another Ukrainian student in the same center with knowledge of Spanish.

In addition to their school day, on Friday afternoons we offer them, from the NGO, extracurricular painting activities with the Polish artist, Izabella Jagiello, and on Saturday mornings they attend classes at a Ukrainian school in Madrid.

Is not dominating the Spanish language presenting itself as an important obstacle for adaptation?

We are very aware that knowledge of the language of the country in which you reside is a key part of your integration into it, and in order to facilitate this essential communication, the University has organized intensive Spanish courses of three hours a day. All the adults are attending and their evolution is moving along quickly as they are already able to say single phrases in our language.

How far will the support of “Crusade for Children” be able to reach foster families?

“Crusade for Children” has made a comprehensive commitment to these families.

It is not just about allowing them to escape from the war, and bringing them to Spain, but rather we seek to make it as easy as possible for them to adapt to the new environment, and provide them with a genuine welcome that meets all their needs.

Our ultimate goal is that they can rebuild their lives, and that when they return to their country they know how to regenerate it from the heart, with the same dedication and commitment that they have received from us.