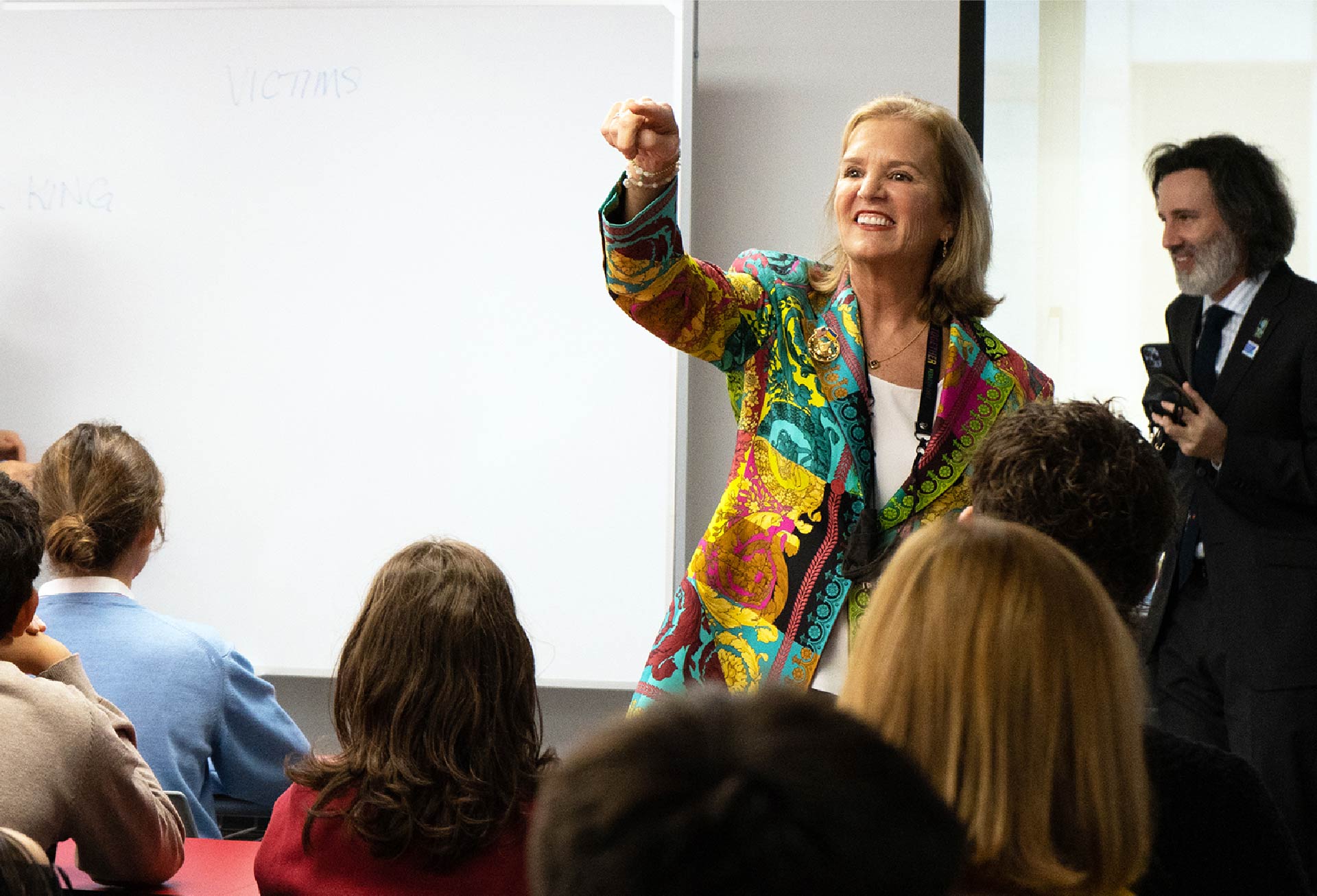 At a time when skepticism and disillusionment seem to be gaining ground, individual actions, or what Kerry called “the activism of small details” can make all the difference:

“Changes can happen from the top down, from our rulers and structural powers to the citizens,” Kerry said, “but it’s highly unlikely. For this reason, we must work from the small gestures, to organize a majority and force to change what we do not like from the base, from the bottom up.”

41 years of activism in defense of human rights

Kerry Kennedy reviewed before the audience her more than 40 years of political activism defending human rights in countries as diverse as South Africa, Vietnam, or Mexico, at the same time that she was ironic about the origin of her vocation: “When you are the seventh daughter of eleven siblings, you learn to fight very early on for small details like the bathroom turn and from there, you end up demanding your rights against your older siblings.” 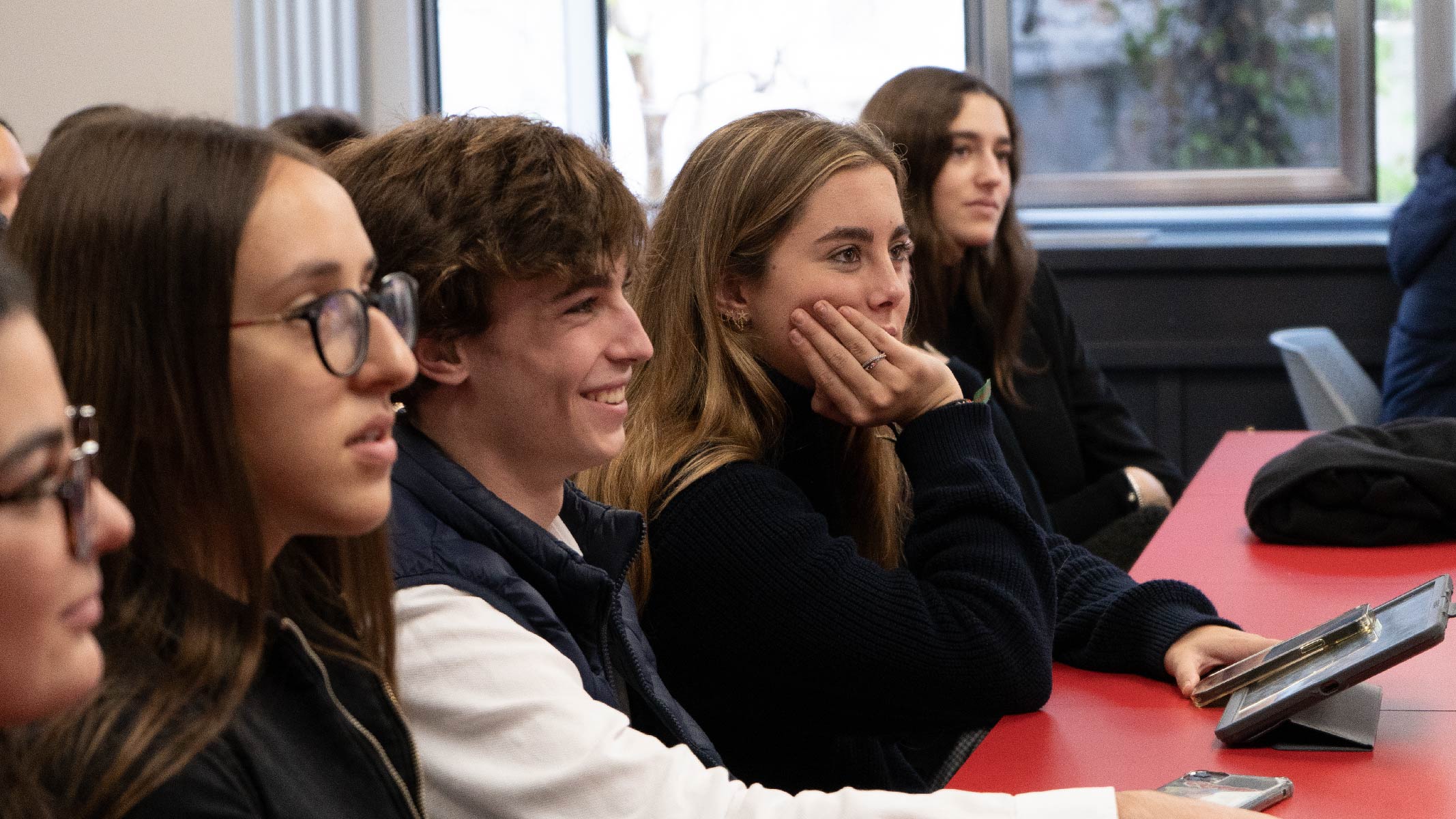 The guest reviewed with the public those characteristics that the great social leaders of history had in common, such as the ability to dream of a better world or the skills to turn an idea into a collective project. However, she also dismantled some false myths about these figures: “A leader is not a person without fear, that would be stupid. A leader is someone who knows how to overcome his fears.”

And what does it take to be a defender of human rights? According to Kerry, “really nothing special. One can change the world without even having a passport. It is enough to be outraged, make a decision, stand up and Speak Truth to Power. ”

In addition to the president of CIS University and the RFK Spain Foundation, María Díaz de la Cebosa and the students of the university, the conference was joined as participants in the “Speak truth to power” program by the centers Colegio Brains, Colegio Internacional de Aravaca and St. Anne’s School. On behalf of the International Studies Foundation, current and former students of the “Go American English” program attended. And finally, on behalf of the NGO Crusade for Children, a representation of Ukrainian refugees were able to participate and interact with the president of RFK Human Rights during the meeting.